How does an artist, who comes from the other side of the world experiences the meeting with Norway and Norwegians?

The Australian poet, artist and literature professor Kit Kelen has travelled many times to the artist residency KHMessen in Ålvik. During his residency months he was inspired to write poems about the landscape, the seasons and people. These poems are now published in Australia. One of the poems “Takk for alt” was awarded by the annual journal “Best Australian Poems”.

Saturday 1. juni kl 16 30 book release in Messen, Ålvik, and
Sunday 2. juni kl 14 30 in Kabuso, where Kit Kelen and Odveig Klyve will read poems of ”Glasfjorden” in Norwegian and English. Those who will visit the book release receive an free version.

Background
Here is a fragment of a Poor Man’s Coat in Australia:

”The poems focus on the poet’s self and its interactions with a very distinctive environment. It’s not just that the emphasis is on sky, clouds, rain, mountain, trees, fjord, what is more important is the way the locations make the interaction (and arrangement) of these elements absolutely specific. The blue sky usually appears between trees and its appearances are determined by the season; similarly, the sun is always seen in different positions dependent on its season”…”Since seasonality becomes more important the closer one gets to the poles it’s no surprise that two of the book’s divisions include poems of summer and poems of autumn. The poems of the former celebrate the dominance of sun and warmth: the fjord (“a little whale’s way”) looks like a glass mirroring the sky, ivy “strikes up / as if just thought of” and the sun is “reluctant to set”.–Australian Poetry review by Martin Duwell

”Hardanger is a region in Norway. It is a place noted for its beautiful landscape, especially its mountains and fjord, as well as its cultural heritage.  The poems in this collection were drafted there, during two residencies in the town of Ålvik…”

Now that Poor Man’s Coat has been published, I predict that Ålvik is going to be deluged with applications from poets wanting to go there.  Even if we could tap into just a little of the inspiration Kit found, surely it would be worth it!”

”Scattered through Poor Man’s Coat, are some striking black and white photographs: tall trees, a human shadow over low stone, shining light on the fjord … One of them is of a gravestone, on which the words translate to “Thanks for everything”.  That could be an apt summary of the overall feeling of this collection. Although there’s room here for sardonic questioning and a curiosity about why so many graves would have that inscription, there is a kind acknowledgement in these poems that life is good, and that it is worthy of a thank you.

That is also what I want to say after reading Poor Man’s Coat. “Takk for alt”, Kit. Thank you for everything. It has been a great joy to read this collection.  There is a whole, charmed world in this book and I cannot recommend it too highly.” 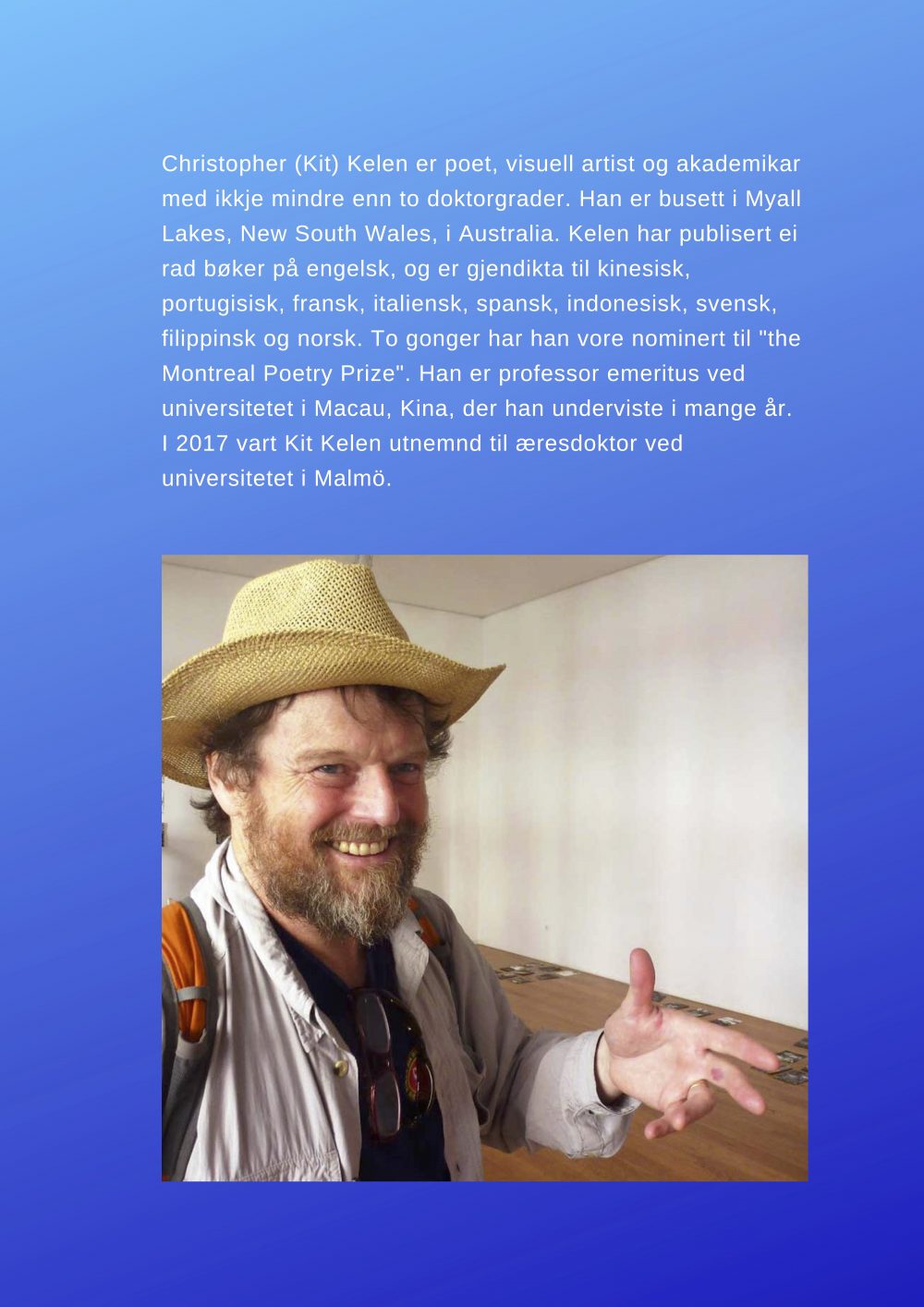 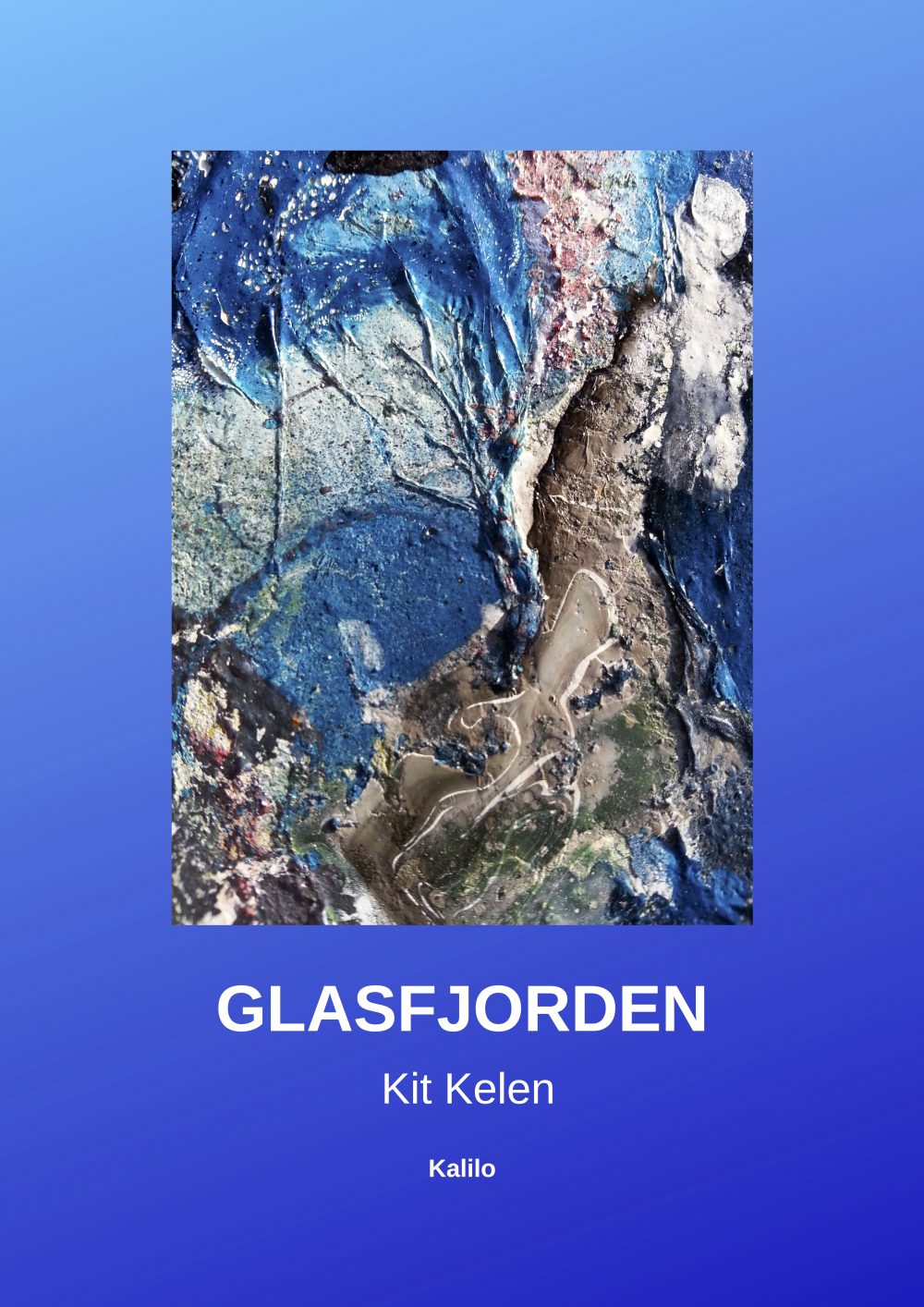 Welcome to the Open Studio at KHMessen. We have an interesting international group of artists staying at Messen working with: ceramics, printing, textile, digital media and drawings ! Come and see! 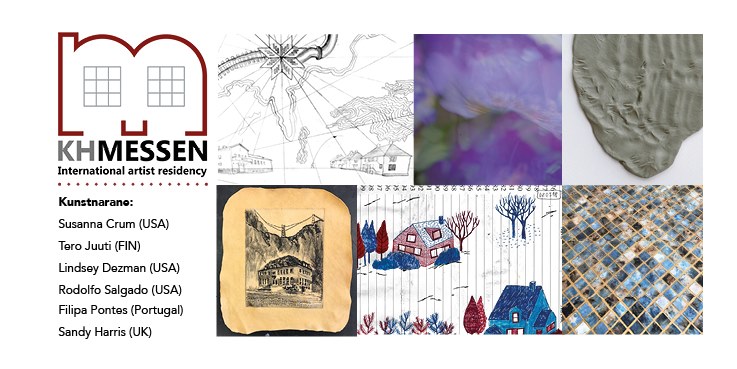