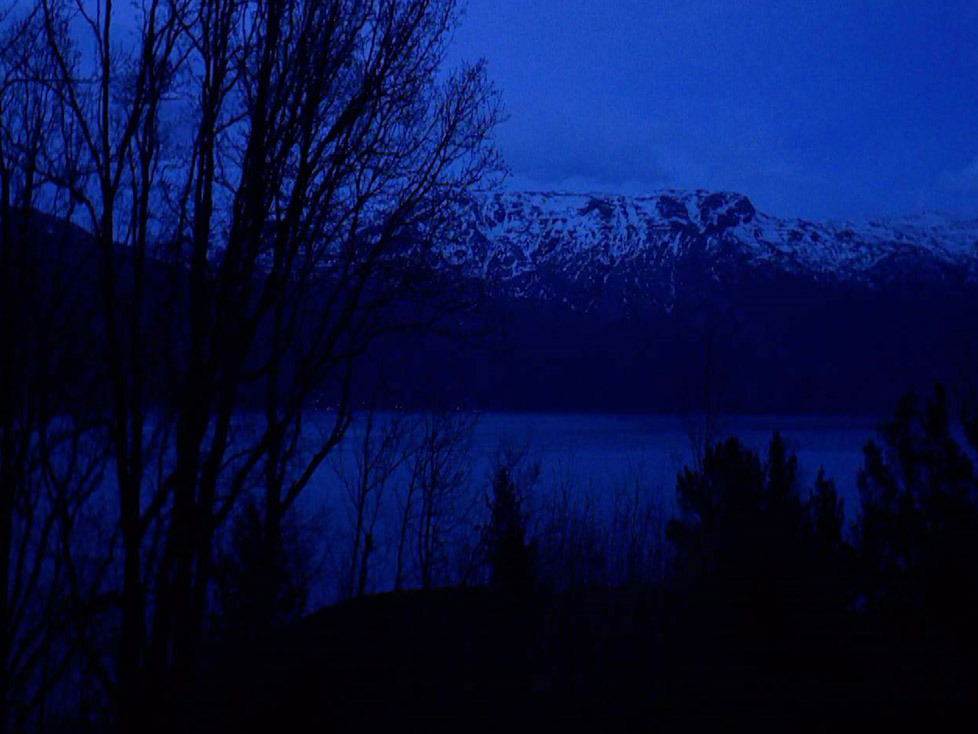 Arriving in Ålvik late on our first night I encountered “another color”. Although tired after the journey I was sleepless with excitement, anticipation and eagerness to experience what Kunstnarhuset Messen had to offer.

I gazed out the window into blue…blueness…blueancholy…another color like one I had never seen before. The still waters of the Hardangerfjord were saturated with a true midnight blue…a chord of music played on the eye.  I took a photo.

I thought this color was an imagined one and that one of my favourite paintings ‘Winter Night in Rondane’ by Harald Sohlberg was a beautiful but make-believe creation. The next day the evidence on my camera proved I was so wrong! Later in my time in Norway I was also fortunate enough to see the original Sohlberg work in Oslo and stand in awe before it. 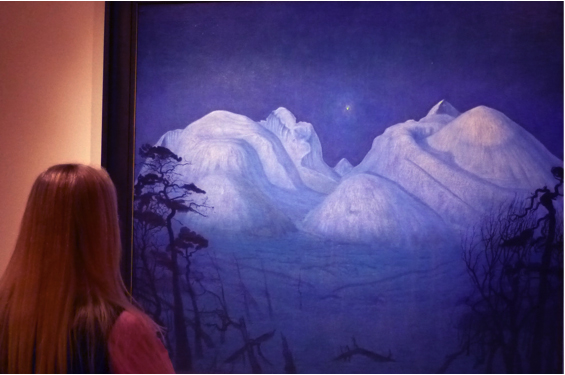 This was the beginning of a wonderful spring and summer of 2013 when Peter and I were lucky enough to stay at Kunstnarhuset Messen as Artist & Scientist in Residence. It was an enriching experience for us not only in our professional work but also on a personal level to meet the local people and spend time exchanging ideas and stories.

Kunstnarhuset Messen has a wonderful vision for the community and region. We were privileged to be able to spend time there and be embraced into the program and by the Norwegian culture. The influence on the artworks I developed whilst I was artist in residence is also apparent and these works were shown in a solo exhibition at a leading gallery in Hong Kong later in the year.

At Messen I also had time to experiment with material for my multimedia MEOAW Project. I spent many hours filming and recording members of the local community whilst they humoured my strange obsession. The volunteers vocalised the onomatopoeic words for common animals. Footage from this was used in a multimedia exhibition called Wonderment shown at Lingnan University in Hong Kong in 2013. 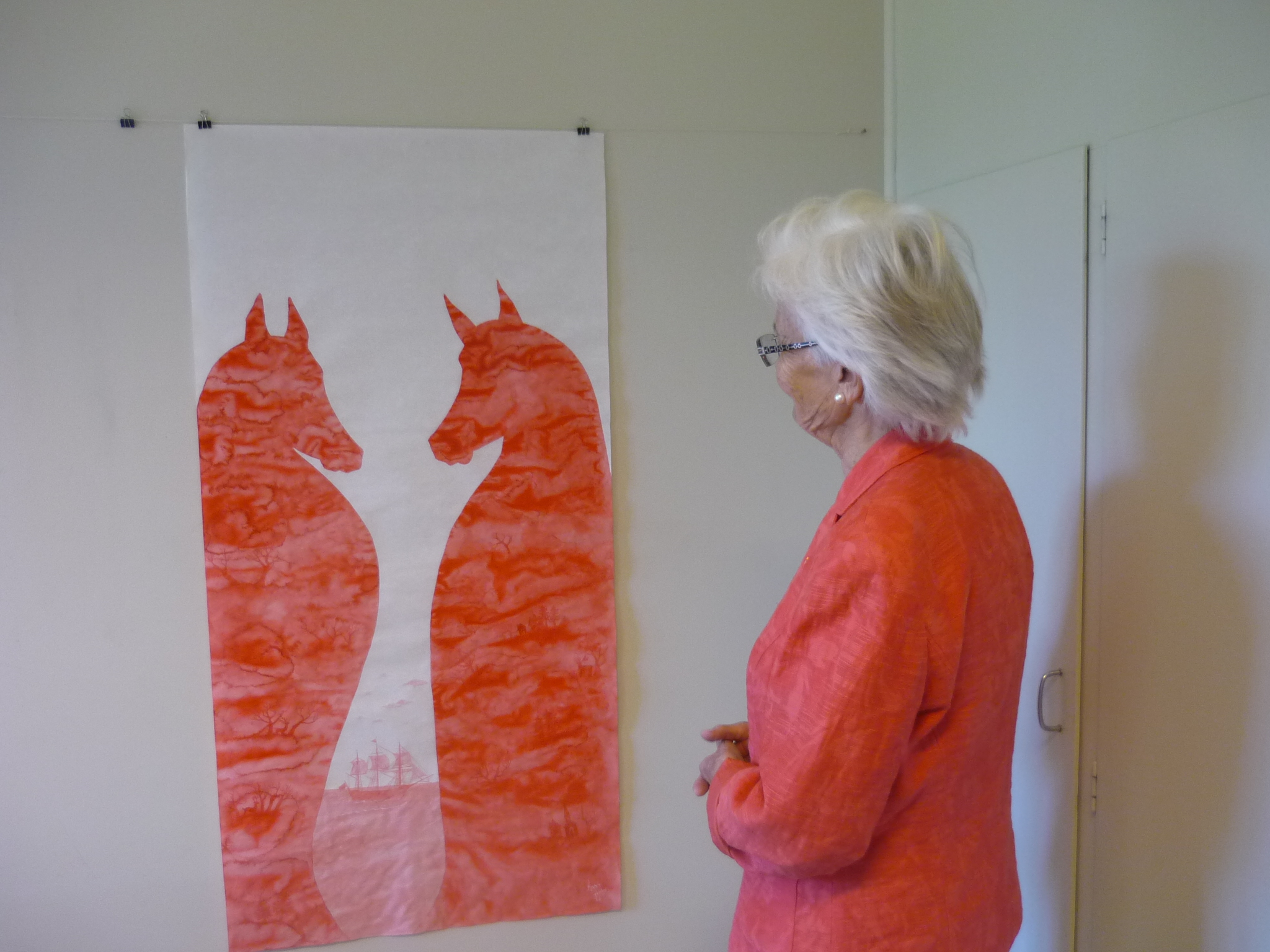 There are almost too many things to mention about our time at Kunstnarhuset Messen
…listening to Norwegian folk music
…reading the poetry of Rolf Jacobsen “The veil of birds around the earth can not be seen from the satellites but is there just the same, as feather-light tremor of beating wings: small hammering hearts and lightning sharp double lenses photograph our days like the orbiting spies, but they don’t tell…”
…long mountain walks
…spring galloping along, dragging late fruit blossoms to open with impatience
…snuggling on the couch reading Peer Gynt
…time at the local library reading about Norwegian culture
…mowing giant snail designs into the lawn
…composing music with me on the piano and Bjørn Otto Wallevik on his guitar
…catching cod
…exchanging ideas with the other artists
…listening to Susan practice her fiddle
…visiting summer houses
…travelling on boats
…making new friends
…listening to music by Geirr Tveitt
…reading poetry by Olav H. Hauge

For us Kunstnarhuset Messen provided a safe and nurturing environment to develop new works and skills and collaborate with local artists and the community…a place for artists from around the world to meet and exchange ideas…the beginning of new ongoing conversations and relationships that are important to the development of cultural exchange…a unique resource to be cherished!

Thank you Kunstnarhuset Messen and especially Ingunn. Like migratory birds we would willingly ‘fly’ back.
Anna Glynn & Peter Dalmazzo
www.annaglynn.com

No-one has marked out the road
you are to take
out in the unknown
out in the blue.

This is your road.
Only you
will take it. And there’s no
turning back.

And you haven’t marked your road
either.
And the wind smoothes out your tracks
on desolate hills.

Your Way by Olav H. Hauge

Want to join the discussion?
Feel free to contribute!

The beautiful silence
Scroll to top